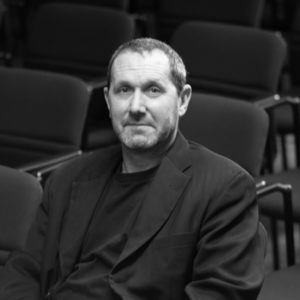 Tom Guralnick has been an arts presenter and performing musician for 40 years. He is the Founding Executive Director of the Outpost Performance Space in Albuquerque— a nationally respected presenting arts organization since 1988, which offers an eclectic mix of jazz, experimental, folk & roots, international music, educational programs and visual arts in its own intimate space as well as in larger venues. Outpost has presented well over 3000 events in its almost 35 year existence.  Guralnick is also the Director of the New Mexico Jazz Festival (since 2006), and is a founding director of the Western Jazz Presenters Network. From 1970 until 2001, Guralnick toured nationally and internationally as an experimental saxophonist. 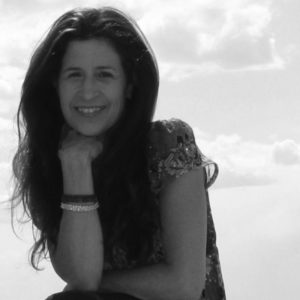 Alicia has been with Outpost since 1998, starting part time as the Publicity & Sponsorship Coordinator, while also serving as the Director of the John Donald Robb Musical Trust at the University of NM from 1998-2006, and becoming full time in 2006. Alicia oversees all Outpost publicity efforts, coordinates the advertising campaigns and oversees Outpost’s marketing. She also writes the seasonal newsletters and all those entertaining, informative E-blasts you receive every week, as well as developing & managing our corporate and individual sponsorship program. An award winning singer-songwriter as well as a violist, Alicia received her BA in Music from the University of Minnesota, Minneapolis after which she completed an internship in arts administration from the Minnesota State Arts Board. Before moving to NM in 1993, she served as School Administrator for the Minnesota Dance Theater, and Program Director for Young Audiences and Very Special Arts MN. Upon moving to NM, Alicia served as the Education & Advertising Coordinator for the New Mexico Jazz Workshop and the Education & Outreach Director for the Santa Fe Chamber Music Festival. Alicia performs regularly with her award winning Indie Folk Français duo/band Bébé La La, as well as with the Heartland Folk Rock band, Roger Jameson and the Jaded Heart Band, and has performed many times over the years at Outpost. 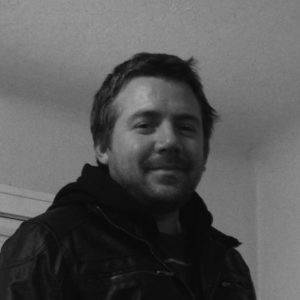 Eli oversees and executes the production of all Outpost graphic materials including posters, newsletters, advertisements, marketing pieces and so on. Eli attended college at the Art Center Design College and received a Bachelor’s Degree in Graphic Design and an Associate’s Degree in Advertising Art. Eli is currently the Owner and Creative Director of Q Creative Inc, a boutique creative firm specializing in branding, advertising, marketing and graphic design. His firm provides services for many clients in Albuquerque, NM (and throughout the US) including Satellite Coffee, Flying Star Cafe, O’Niell’s Irish Pub, Albuquerque International Balloon Fiesta, Outpost Performance Space, Gertrude Zachary, ABQ Trolley Co. and many more. Prior to founding Q Creative, for 10 years, Eli was the Senior Designer for Flying Star Cafe and Satellite Coffee where he created all of the print and web materials for both companies implementing countless marketing and promotional campaigns.

Andres Martinez was born, and raised in Albuquerque.  He holds a BBA in entrepreneurial studies from the University of NM and minored in music, as well as completing the curriculum for electronics technician from Albuquerque’s TVI.  Martinez started his own sound reinforcement company in January of 1999 and works on nearly 100 productions  a year. He is currently Technical Director for the Performing Arts Department at the National Hispanic Cultural Center.  Martinez is also the owner/operator of AP Sound, which provides sound reinforcement services for events where live music is involved, including small festivals, concerts and private events. Some of his clients include the City of Albuquerque Cultural Services Department, the KiMo Theatre, South Broadway Cultural Center, NM Jazz Workshop, The Children’s Hour, AMP concerts, Albuquerque Museum of Art, UNM Keller Hall, and the Corrales Cultural Arts Council. 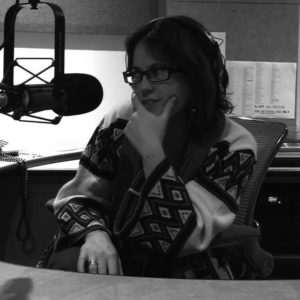 Jalila Arthur Brewer works diligently to increase membership and volunteer involvement at Outpost. She is responsible for volunteer coordination, recruitment and training, and assisting in fundraising efforts through membership recruitment and retention as well as donation appeals. Mrs. Arthur Brewer proudly graduated with distinction from the University of New Mexico where she earned a Masters in Public Administration with a concentration on Nonprofit Management. DJ Lila is also a disk jockey on KUNM for Folk Routes and was recognized for her hip folk playlists by Folk Alliance International. Jalila is happily married to Seth Brewer of Organic Books. Between the Jazz Club, Ratio Station, and Bookstore, they are like some bohemian couple from the 20’s – only about a century too late. Together, they work on a multitude of events, both public and private, for the benefit of their community.